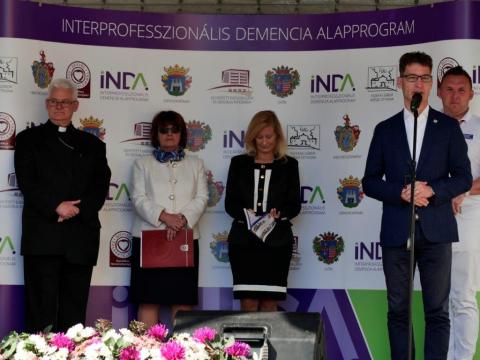 Within the framework of the INDA (Interprofessional Dementia Approach Program) project, an awareness-raising campaign was organised on World Alzheimer’s Day, 21 September, in the Fejér County capital, Székesfehérvár. The motto of the event was "Give your years a chance!" It was hosted by the Catholic Charity Service, the Diocese of Székesfehérvár and the Mayor's Office of the City of Székesfehérvár.

In Hungary, nearly 250,000 people live with dementia. Add to this number their relatives, and the affected population is more than one million. The Catholic Charity Service has been helping people living with dementia and their families for 30 years, by implementing models of person-centred care.

During the day an “open diagnostic truck” operated by the Hungarian Health Protection Early Diagnostic Program, one of the partners of the Social Cluster Association, waited for those who are interested in the dementia diagnostic.

The event was opened by Antal Spányi County Bishop, Mayor András Cser-Palkovics, Anikó Horváth from the Ministry of Family Affairs, and Ágnes Egervári.

A conference was held in the City Hall of Székesfehérvár, to strengthen interdisciplinary collaboration among health and social protection experts, about the "Social Impact of Dementia and Possibilities of Prevention".

Thematic and interactive tents were set (movement, music, consulting about eating and essential life skills) as well as stage performances by famous performers took place in front of the Town Hall. Róbert Koltai – a famous actor in Hungary - was present as an ambassador of dementia care. The closing of the programme was the local Alzheimer Cafe walking tour in the downtown area, and a Senior Dance Performance flash mob.

During the event, the Catholic Charity Service announced the DIÓ programme. This is a one-year-long interactive programme, to support relatives in six Hungarian settlements. The aim of this programme is to answer the most important questions of family caregivers who are taking care their loved ones.

These World Alzheimer’s Day events were supported by the City of Székesfehérvár and the Diocese of Székesfehérvár. This collaboration is unique in Hungary, and it could be the basis for a new type of dementia-friendly community. 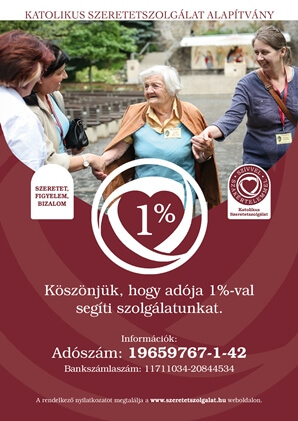